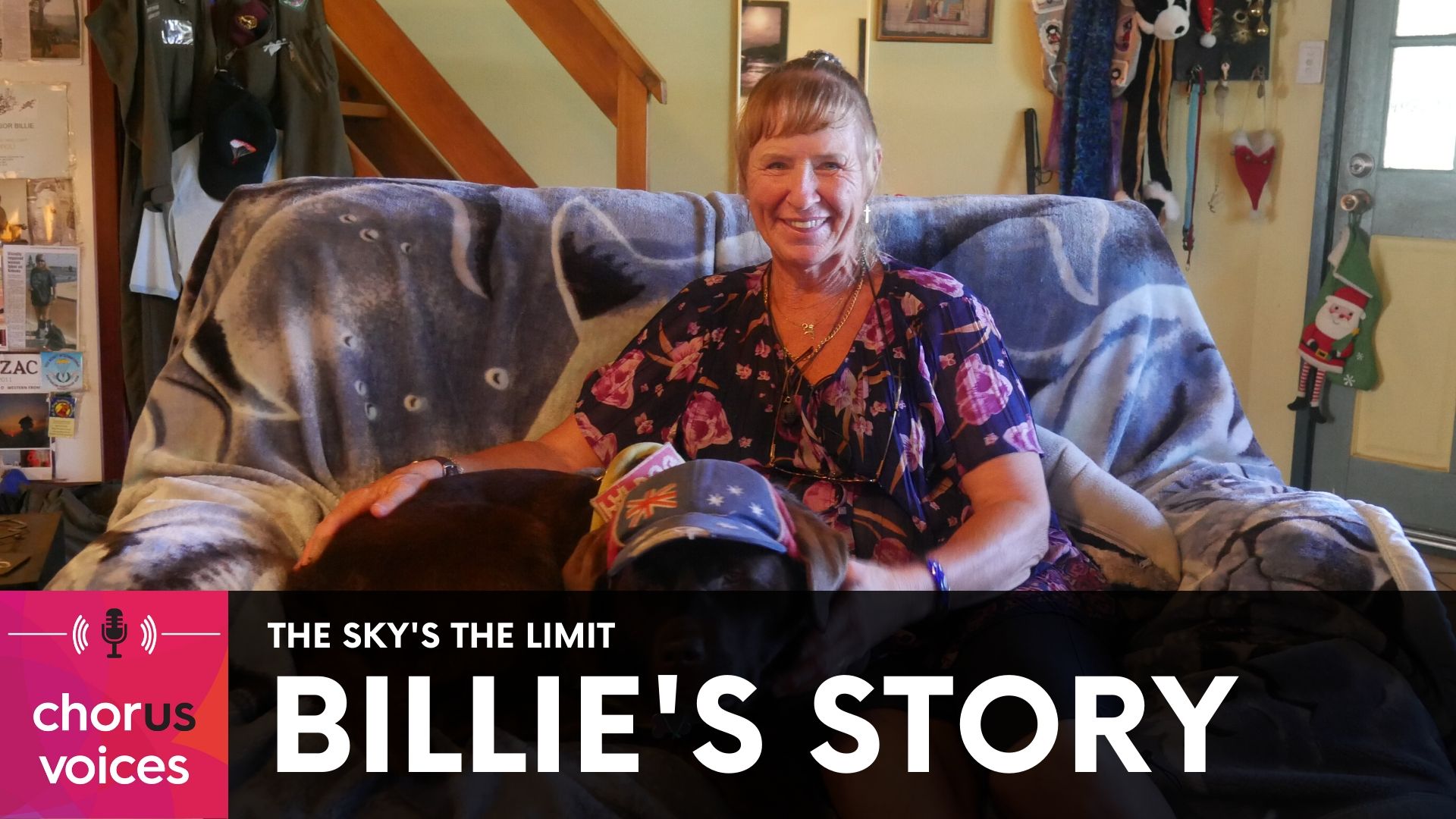 Billie was the first female jump parachute instructor in the army.

She led by example and performed 300 jumps over 10 years.

“It was to give the guys confidence, that gee, if a female could do it, couldn’t you?” recalls Bellinda. 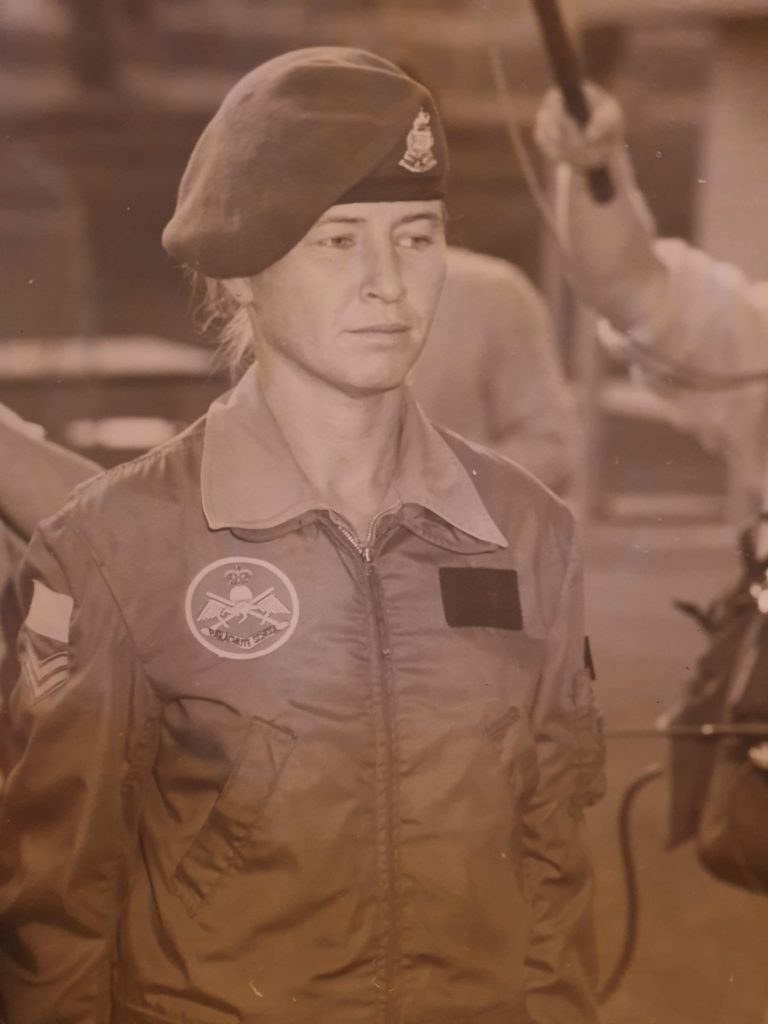 “I didn’t get the prize because I couldn’t walk away because I had actually fractured my femur… pelvis in three places and orbital floor.”

“When you’re averaging two bottles of scotch a night with Diet Coke, it’s a bit much for the old system,” she says.

Billie has since turned her life around, including walking the Kokoda Track three times. Her story of survival is inspiring – not only to women but also to people living with a disability.

She participates in Chorus social programs and with her assistance dog Rio is active in the community.

Billie is a role model to Chorus support worker, Angela.

“She is completely independent and that is quite inspiring because she also breaks down those barriers and those stereotypes around disability, and what people who are living with a disability are capable of,” says Angela.