Thank you! Your submission has been received!
Oops! Something went wrong while submitting the form.
About Us
Newsroom
For Customers Chorus Kitchen Work with Us Customer Feedback Contact Us Donate Now
Tel 1800 264 268 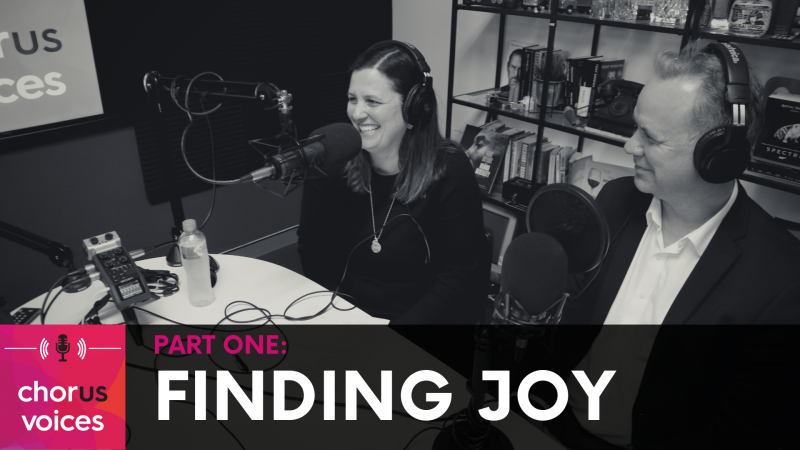 Louise Forster asks Jason Burton about the dementia journey – what dementia is, what we know about it and how it develops.

“People often get confused by the term dementia and how it relates to Alzheimer’s disease in particular,” says Jason. “It is very much an umbrella term that covers a whole range of neurological conditions, over a hundred different conditions that affect the brain. The most common of those conditions is Alzheimer’s disease.”

It can take four or five years to get a diagnosis of dementia. “If you are worried about your memory or somebody’s memory, go and see your doctor. We know people delay going to see the doctor,” says Jason. “There are lots of things that can cause cognitive problems that actually can be cured.”

Louise catches up with Sarah and her mum, Blanche. Blanche lives with dementia and Sarah is her carer. The mother and daughter duo have a weekly routine of visiting a park or lake and they tell Louise about one of their adventures.

“Some of the really harrowing stories we hear out of the Royal Commission into Aged Care is of stories of people being very poorly supported living with dementia and then the escalation of so-called behaviours,” says Dan.

Jason agrees. Stigma and breakdown of services comes from an ‘us’ and ‘them’ attitude or dementia care. “We have to really as a community, as an individual, challenge ourselves to honestly and deeply believe that fundamentally all human beings are the same and we all need fundamentally the same things,” he says.

There are some progressive responses to dementia care. Alzheimer’s WA uses a model of care that centres around the Seven Domains of Wellbeing. Joy, identity, meaning and purpose are important to everyone.

“The distress and suffering we see in people living with dementia isn’t because of the pathology of the disease. It’s because of the people and community and societal response to the world that that person’s now living in,” says Jason.

Dan shares an email from Chorus volunteer’s Andy’s wife, Jackie about the next stage in Andy’s journey living with early-onset dementia.  We spoke with Andy on Ep 23 Summer Solace about a year ago. Volunteering with Chorus enabled Andy to embrace some of the Seven Domains of Wellbeing, particularly identity and purpose.

Stay tuned for the next podcast in this series:  Dementia journey part two: Tea with Sarah and Blanche where you’ll hear more about Blanche and Sarah’s story, including what it’s like for Sarah to be Blanche’s carer.

Read: How to care for someone with dementia without losing yourself