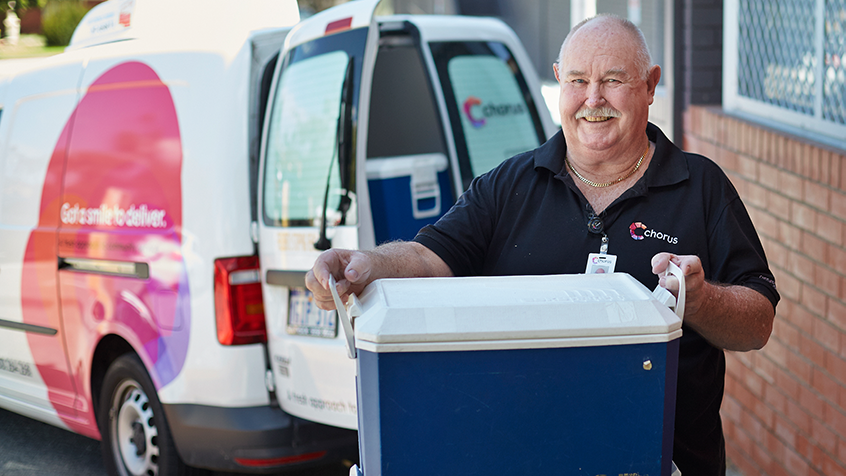 The benefits to seniors of having their meals home delivered by a meals on wheels service go far beyond the food itself, says Gigi Warren.

Gigi is Team Leader of Meal Services at Chorus Kitchen – Chorus meals on wheels service – in Palmyra. Each week she and her team cook thousands of fresh meals, which are delivered by our team of volunteer drivers to Chorus customers across Perth.

“It’s about checking in and asking how our customers are going. It’s about asking the question, ‘how are you today?’”

Stopping for a chat, even for a cup of tea, is all part of the service given by the volunteer drivers. For some customers, that conversation could well be the only human interaction they have that day – which makes it all the more important.

Studies around the world have quantified just how important these interactions are. A 2015 study in America found that, after 15 weeks, seniors who received visits from meals on wheels daily had lower self-reported feelings of loneliness than those still on the waiting list for meals.

Most people would be surprised to learn that research shows social isolation is as bad for your health as smoking 15 cigarettes a day.

Gigi said not all customers want the drivers to stop for a long chat, but time is made for those who do.

“We change the way we deliver so we have the chatty people at the end of the day, so we can give them the extra time,” she said.

“We don’t want our volunteers cutting things short because they have deliveries to do. Having those customers at the end of the run means if they ask the driver in for a cup of tea and a chat, they can do it.”

But the value of these daily (or regular) visits extends beyond the simply social. The volunteer drivers also let Chorus know if they hear or see something that gives them cause for concern.

“Because we deliver fresh meals to customers more than once a week, and because the retention rate of volunteers is very high, we get to know the customers quite well,” she said.

“So, our volunteer drivers do report back with information like ‘George was his normal self last week but I noticed he was really quiet today’ or ‘he seemed really confused’ or ‘he said his leg was hurting’.”

Gigi said Chorus is then able to follow up on these concerns and ensure everything is OK.

This invaluable service is common to many meals on wheels services the world over. An American study in 2019, for example, recorded 429 “alerts” for 189 customers over a 12-month period. Some 56 per cent of those alerts were for healthcare reasons, 12 per cent for self-care or personal care and 11 per cent for mobility. When the reports were followed up, 132 were referred for the appropriate support.

Getting out and about 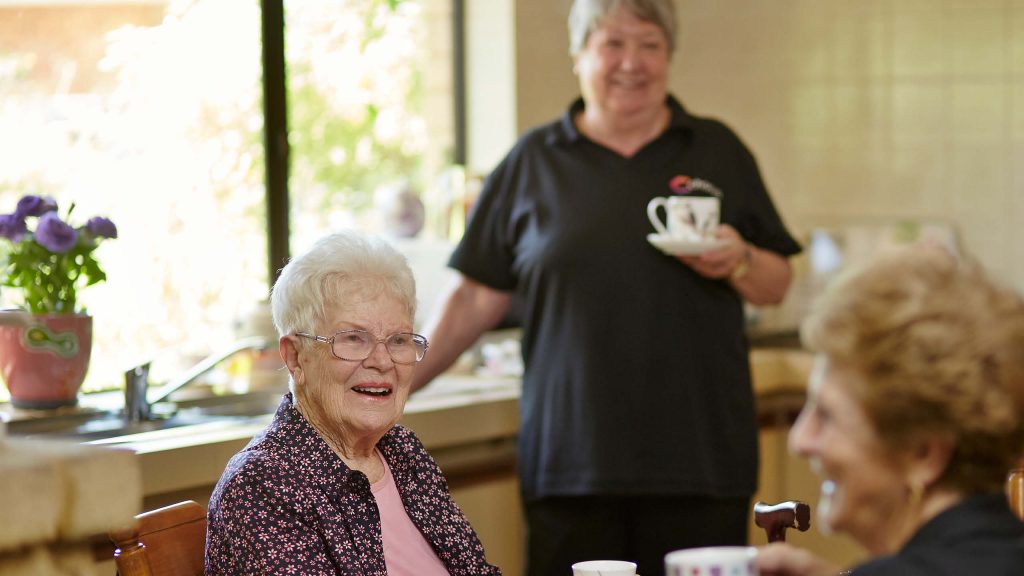 Chorus Kitchen also has a dining room, where customers are invited to have lunch together in a very social setting.

“At the moment it’s mostly popular on a Wednesday because that’s roast day. It makes sense: if people are on their own, they’re not really going to cook a roast for themselves. So we have 10 to 15 on a Wednesday.

“If there are  fewer people, we make an extra effort to go out there and have lunch with them and have a chat. The team makes them feel welcome.”

Gigi said some customers visit the dining room several times a week and it becomes a staple part of their routine. It’s an excellent way to stay socially connected.

If you live in the cities of Fremantle, East Fremantle, Melville, Cockburn, Kwinana or Rockingham and you’re interested in Chorus Kitchen, you can find out more here or call us on (08) 9339 7225.

How nutrition impacts your mental health

It’s no secret eating a healthy diet contributes to a healthy body, but what impact do diet and nutrition have on mental health? According to BeyondBlue, food plays a vital role in maintaining mental health. If you do suffer from anxiety or depression, a change in your diet could have a positive impact on your […]

Finding employment while living with disability

Chorus CEO Dan Minchin’s monthly reflection on how we are putting the community back into community service.        August 2020 Chorus people are, almost without exception, kind. They prefer to work with and around people, and to foster meaningful relationships. They are deeply committed to improving the lives of others. Which is what […]