Chorus Voices Ep 24: A very merry unbirthday to you 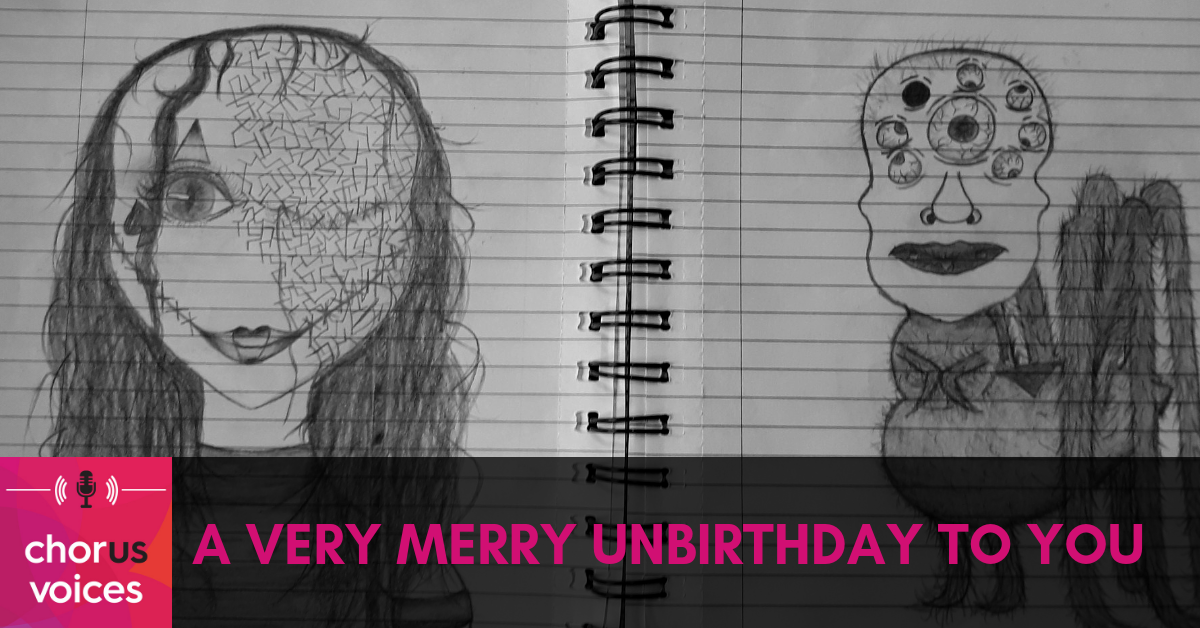 Judith meets with Lex to find out about Lex’s journey with mental health recovery. Lex’s story begins when Lex dropped out of high school.

Judith asks, can you tell me why you dropped out of high school?

“A combination of different stresses. The main reason why I dropped out on that day was because of a couple of bullies stressing me out before my first class. I just couldn’t take it anymore. So I literally refused to enter the classroom. That was the first time I actually went to the counsellor,” Lex says.

Judith asks, do you want to talk about the issues, or why you were upset?

“The main issues were my appearance. Some people made fun of it. The other problems were ones at home. Those had to do with the woman that gave birth to me,” Lex says.

Judith asks, I hear it is hard for you to leave the house?

“Sometimes I get a bit overly paranoid or overly anxious when I leave the house. The idea of being surrounded by people makes me feel claustrophobic. Feeling so many people around me from their body heat to their breathing, to feeling like I’m being watched. The thought of them touching me freaks me out,” Lex says.

Judith asks, you like to be called Lex, why is that?

“It can be referred to as male or female,” Lex says.

Every day presents a new challenge, but Lex is a fighter. With the help of Chorus’s mental health services, Lex has the tools to pursue Lex’s dreams.

Back at the studio, Dan reminisces on some of the people we’ve had on Chorus Voices speaking on mental health services. Some listeners may remember Anne Marie who works in mental health recovery at Chorus. 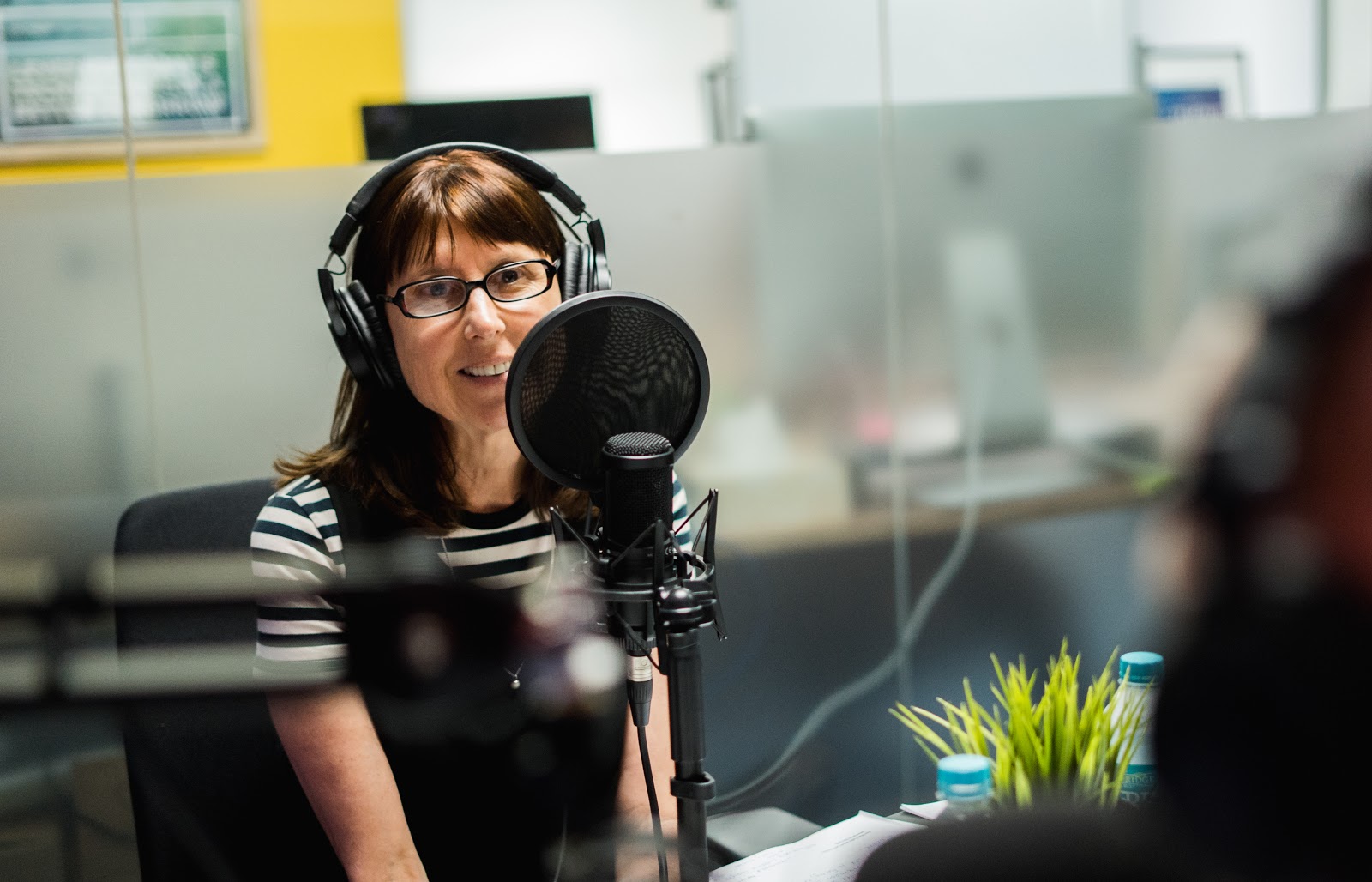 Caption: Judith with Dan and Louise in the studio.

Judith meets with Anne-marie to discuss her experience with Lex.

Annie-marie began by catching up with Lex at home because initially, Lex didn’t want to leave the house. A good day would be if Lex came out of the bedroom.

“Initially I would bring things here to [Lex’s] home. I started that rapport building and relationship building, and that’s how I discovered Lex’s creative side. And as a part of Ability Arts, I actually brought pottery to the house. Then I discovered Lex loved Alice in Wonderland,” Anne-marie says.

The Ability Arts program had an Alice in Wonderland themed Mad Hatter’s party. Anne-marie took pictures of the event to show Lex. The images Anne-marie showed Lex gave Lex a purpose to leave the house. 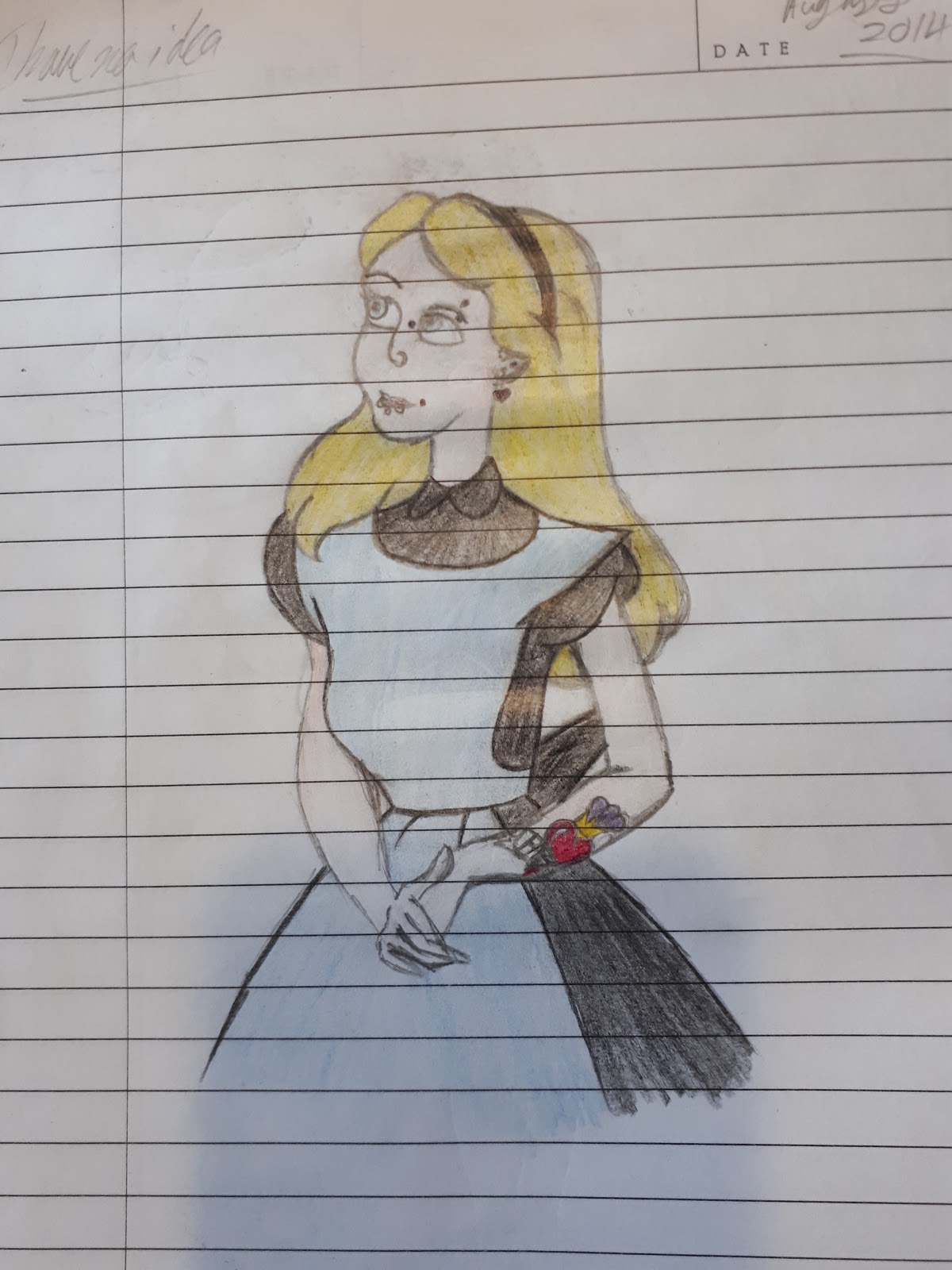 Caption: Lex’s drawing of Alice from Alice in Wonderland.

“I began working on supporting Lex to leave the house. Through that relationship building, Lex was quite keen to try the groups (like upcycling). That’s when we started the goal setting of getting Lex from home to our premises in Mandurah,” Anne-marie says.

“We started little steps at first. Getting from the house to the car. Then we started just driving around. We would go to the park. We’d work on just getting out of the house. Then we did a planner, a journey planner. I showed Lex how far it was from here to Mandurah and the route. Initially, we’d just go up to the roundabout and back. Until one day we actually made it to Mandurah and Lex did a visit of the premises, and had a look around,” Ann-marie says.

“Despite any bumps in the road, Lex kept showing determination. Lex kept getting up and going back,” Anne-marie says.

Judith asks, so you’ve been a part of the Personal Helpers and Mentors at Chorus. How has that helped you with your recovery?

“It’s helped me to open up a lot more. In the past, I wouldn’t have been able to accept this or speak with you. I would have locked myself away in my bedroom. It’s allowed me to meet a lot of people, which is awesome. Because even though sometimes I get uncomfortable, it gives me the opportunity to just try. Even if my mental state goes down,” Lex says.

Lex has always loved art and fashion. Ability Arts at Chorus has fuelled that passion, and now Lex is running with no intentions of stopping!

Judith asks, do you think art has helped you?

“It has a lot. It allows me to put my brain onto paper I guess. Even if what I draw isn’t traditionally pretty,” Lex says.

Through art, Lex has found their passion for fashion and fashion design.

Judith asks, are you working towards that now [becoming a fashion designer]?

“I am. I’m currently finishing off my general adult education so that I’ll be able to enter into a fashion design course. I want to try my best for my family so that they don’t worry,” Lex says.

With a plan in action, Lex is well on the way to achieving what Lex wants in life.

But it’s not all smooth sailing.  Lex still has bad days. But now, Lex is equipped with the tools to give Lex their best chance.

With the help of Anne-marie, Lex has developed techniques to help stay calm.

Judith asks, when do you put that into motion?

Judith asks, do you do that often?

“Sometimes. Mostly I do it in my own head instead of saying it out loud. It makes me feel better if I do the countdown in my head,” Lex says.

Judith asks, what has helped you from being a part of the Chorus programs?

“I’ve gotten to meet so many interesting people, and learn so many things from their experiences. Meeting people who have been through something similar, but vastly different, and how they’ve coped, and found ways to get around these kind of things,” Lex says.

“I feel like I’m quite happy and full of energy. But sometimes I can feel quite low. I call it backslide in emotional state. I don’t really like those times. But my family gives me space and allows me to sit there, read, and listen to my music and chill,” Lex says.

If you’re struggling with mental health, contact us at Chorus or visit chorus.org.au to find out more about our mental health recovery services.